SIX HOUSE KEYS - NONE MINE 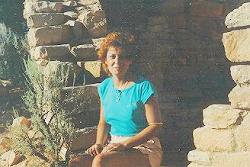 I’m looking at an old photograph.  The lake in the background is Lost Creek Lake.  It looks like I’m smiling.  Now you know I was crying.  It was so hard to leave there.  I could have lived out my life in peace.  Total, absolute contentment.  Really, I would have helped manage the motel, rented the rafts in the summer.  Fed the tourists deep-fried clams or steak in the winter.  I would have happily gone fishing, gone kayaking and all with polite, on the surface, nothing too deep in regard to contact with most folks.

Lost Creek Lake is about fifty miles between Crater Lake and Medford in Oregon. If you wanted culture the trek into Ashland took up your whole day and the breath of culture usually lasted me a couple of months.  If you wanted a beer or burger the "Why Not" was right next to the Post Office in Trail about a fifteen minute ride down the hill past the dam.  The logger locals were always good for a load or two of wood in the winter.

Here’s what happens when you decide to circumvent the strongly delivered suggestions of your elders.  Mine have been known to keep me going until the sun comes up and goes down again or I agree that their suggestions are what I should do.  Either way, they get the agreement they want and if it is spoken you must abide by it or life gets way too interesting until you honor whatever the agreement was. 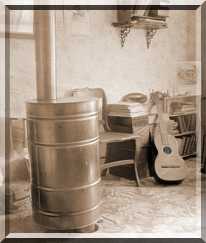 Thor and I are comfortably settled close to the old barrel that functions well as the wood stove.  We were having coffee and relaxing after rounding up the ponies.  Both Thor’s wives were in the kitchen with the children.  Thor was working on a third wife and yet a fourteenth child but didn’t choose to share that with me at the time.

Thor lights up a smoke and looks at me without saying anything, waiting.  He was still chuckling over the city psychologist who he conned into assisting with the taming of a new pony.  The whole experience was too painful for me to watch for very long.  I had good times with the children instead.  I had asked Thor why he was so hard on the men and he said to teach them to actually be men and I am an Apache!

Then he leans over and touches my hand and says "You must now leave here".  "You must leave this valley and take all that has been given to you to give back to the people".  I freeze up inside as my heart actually skips a beat or two then proceeds to plummet somewhere in the area of my boots.  I immediately want to cry.  Why leave here?  I love it in this valley.  I had a sweet little one bedroom up in the trees right at the base of Needle Eye Rock.  The elk would visit in herds in the winter.  I’d outfox the fishermen in the kayak.  I’d talk to the owl that visits every night and watch the Osprey go through their cycle.  There were only seven of us in the unfinished development.  Four of them were artists the other two were my landlord and lady.

The fellow in my vision pointed through those trees a year ago to show me where I was to live.  I did not want to leave now, I just got settled in.  Thor was gentle, kind but very firm.  I had to go.  I disagreed, and all the way over the ridge to the dam then up past the lake, I laid out a plan.  I’d go back to the bay area, get my car out of a friends garage and drive it back up to Lost Creek and continue the life I wanted to live.  I also did not breathe a word of my plans to Thor.  He would find out soon enough and would surely just shake his head but welcome me back.  Right.

It’s Easter break.  I’m up on Opal Cliff Drive. Beach Town.  I had just finished cleaning out the car and was getting ready to drive to State Farm to insure it after a year on non-op.  From the inside of the house I hear a very loud noise and the cries of various people.  I fly out the door to the street and am stunned motionless.  My car has been run over by a very large Chevy Blazer and now looks like it would be a good candidate for the junkyard.  The brick wall was down and the Blazer was treed on a Juniper bush.  Someone had a bit much to drink in the village and missed the curb and my car was the beginning of its Stop Sign and the end of my journey back to Lost Creek.  Yep, just like that.  Mental note:  Listen to my elders.  Honor my agreements. 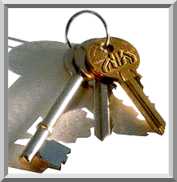 My first house key was the key to the house on Opal Cliff.  I spent a lot of time in the Gazebo which was close to the cliffs getting a new life together.  The person who gave me the key stated my car was welcome and for a year I would be also.  Just like that.  A week later, I was given a key to house-sit in the Village while a friend went on sabbatical for a few months.  It went on like that until I had six house keys on a ring and not one of them was to "my" house.

In the meantime I was to find that life does unfold. From time to time I would call Thor and catch him in the middle of skinning something he’d caught.  I would take home and cook whatever meat of the week it was when I lived there.  I still missed it and today’s special was racoon.  If you’ve never had it I recommend racoon stew.  It is quite tasty.  So here I am and there he was encouraging me to give thanks every day, be patient, to listen to my heart and to fly in the path of least resistance.  I was where I should be and all would unfold in time. He was quite right, I had six wonderful homes to go to, each one different and all I had to do was decide where depending on my moods and energy level.  I was very blessed.

Right about this time period I met Light. Have you ever wondered about the end of your life.  Seriously, there is a time period when you know that you are going to meet your maker and that all that you have done or not done is up for judgment by a higher being.  Well, I actually felt like this happened to me but I was nowhere close in the dying process, unless I was going to be hit by a bus sometime soon.  It all began the morning of my large beach party.  It was to be a celebration of new beginnings and old endings.  I also wanted a way for everyone I knew to actually come together in one place to be, just be. Children included.  The viable place for this happening was the beach.  We could make this an all day and into the evening event.

Everything had gone very smoothly.  We had the food and firewood covered all everyone had to do was show up including me.  That morning I walked down into the village to water the garden of one of my house-key residences.  I go inside, slip off my shoes and lay my prescription sunglasses on the kitchen table.  Then I proceed to go outside to water the garden.  As the front door is a self-locking door I have the house-key in hand (no chain) to get back inside when I’m done.

Somehow in the wrestle with the hose, I discover I have lost the house-key.  I search for it for quite some time going over and over the grid of the garden, knowing it has to be somewhere close by.  Time is slipping away and the party is going to happen and I am unable to get inside the house to retrieve either my shoes or my prescription sunglasses.  I have no choice but to trudge, barefoot and minus my sunglasses, uphill out of the village to the cliff-house with the gazebo to get ready for the party.  I am not happy with myself but figure I could look for the key another time. At least the garden was watered.

So, here we are now at the beach.  The party is going well.  Lots of men, women and children having a grand time.  Myself included.  I’m surrounded by friends and loved ones.  Good food, good times.  Then I see someone I actually do not know with a close friend and walk over to say hello.  This friend of mine had changed his entire lifestyle.  He used to be an engineer with a wife and child until he started hanging around Indio, an acculturated Mescalero Apache whose mission was to shake up and wake up the unconscious ones.  Indio brought chaos wherever he walked.  That was his job.  The only precursor to his arrival would be hordes of dragonflys buzzing around you.  I learned a lot around him. Mainly, that out of chaos comes order.  If you were centered you could deal, if not hang on.  Anyway, back to my engineer friend and his companion.  I’m introduced to an average looking white male in his fifties whose name is given to me as Light.  Not a common name in my circle.  As I reach out to shake his hand with one of mine I also reach up to take my sunglasses off my nose and this Light guy tells me to stop he can see my eyes through my sunglasses.  At this moment of realization, I freeze.  Then I get nauseous.  Light calmly tells me to go sit down and that he would come around to speak with me later.  I immediately comply and my close friends circle around me as they can see that something is very wrong.

I’m now holding my sunglasses in both my hands looking from them to Light as he mingles with everyone at the party.  I’m shaking and still a bit queasy.  The sunglasses that I am holding in my hands are the prescription sunglasses that were on the table in the house in the village I am still locked out of.

What is happening here?  How is this possible?  Who is this fellow who calls himself Light?

Then return to read another installment, of "As the Teepee Turns" or explore another part of the site!

Web Host: ELYSIUMGATES.COM
If you experience any problems with this site, please contact the webmistress.


Disclaimer: Miracle II is a soap product, it has not been evaluated by FDA.   These products are not intended to diagnose, treat, prevent or cure disease.   This information is not to be substituted for your doctors instructions.   Lafayette Miracle II, and the website owner, host or mistress assumes no responsibility or liability (written or oral) made by its distributors, customers, employees or supporters.  I am a distributor, sharing experiences while using the Miracle II products.

Contents of this web site are copyrighted. ©2002 - 2008 Marita Hacker unless otherwise noted.